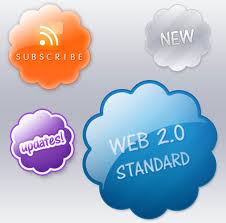 Many people are working on Internet-based knowledge-organizing technologies that stretch traditional definitions of the Web. Lately, some have been calling the technologies “Web 3.0.” But really, they’re closer to “Web 2.1.” !!! Here is the facts folks, Facebook, YouTube and the other social networks are beginning to penetrate the mainstream, but they are but a pixel in a much larger picture. Web 3.0 promises Much much more.

I have made numerous post about this on Facebook without naming names. Since posting on Facebook I have come under attack by many in the “RE Guru Circle” calling and emailing me complaining and thinking I was talking about them ! What does that say to you? To me, it seems I hit a nerve with a few people. I will not sit by and let a clever marketing ploy happen that will allow some people to position themselves in the market place as something they are not, or even have technology that claims to be web 3.0 when it is NOT! Consider the fact that MS and Google are only in beta with web 3 technology to test what can possibly be done.

I am not naming names, just that marketing with version numbers is not ideal. Here is what is important.. Just like a business plan, have a “web marketing plan” and it should take precedence OVER just relying on a number with technology. Numbers don’t really matter in the grand scheme, it’s really the engagement level and social collaboration and usability that is the real focus. Version #’s are really a distraction and point of debate for many who create and hype a lot of vaporware.

Lets take a look at a few videos

2.  Now lets look at the problems still we are facing..

So where does that leave us ?  Do you feel like this now…..