Which cities have the best & worst drivers?  Conventional wisdom might say that would be hard to quantify but the folks over at QuoteWizard (part of lendingtree) gave it a shot.  They analyzed two million car insurance quotes from drivers in America’s 70 largest cities to come up with their list of cities with the best & worst drivers in America.  They looked at factors such as accidents, speeding tickets, DUIs and other misc traffic citations.  Cities having the most dangerous driving incidents are rated among the worst, while cities with the fewest are rated as the best.  Go figure…

“We’ve all seen them: the two-spot parker at the grocery store, the slow driver inching along in the fast lane, the multi-tasker sipping coffee while texting at a light that turned green long ago. And while every city may think that they have the worst drivers, our annual report identified which U.S. cities really do.” 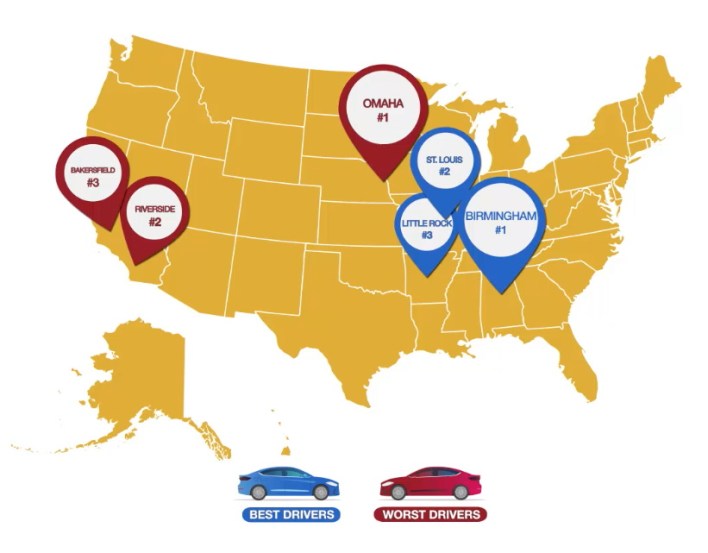 Click here to read the full report at QuoteWizard.com.