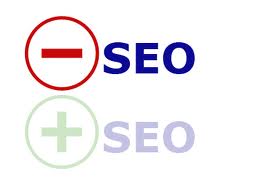 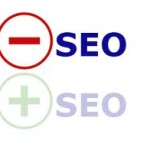 According to Wikipedia, SEO is the process of improving the visibility of a website or a web page in a search engine’s “natural,” or un-paid, search results. In other words, free lead generation. If you can get your company to show up at the top of a search results page you’ll generate more leads. With over 88 percent of homebuyers searching online for their dream home, SEO is crucial. But are there really thieves stealing your traffic and hurting your search ranking?

Yes there are, and they might even be your marketing partners. However, most of these so-called thieves don’t even know what they are doing. Below are two ways to protect your brokerage from SEO robbery and increase your SEO ranking.

It’s public proof, at the highest level. In fact, Google itself is even sounding a little dubious: Here’s a snippet from Googles guidelines as it looked before November 2011:

Can competitors harm ranking?
“There’s nothing a competitor can do to harm your ranking or have your site removed from our index.”

Then, in November 2011 they changed it to:
“There’s ALMOST nothing a competitor can do to harm your ranking or have your site, removed from our index.”

The addition of the word “almost” completely changes the game. However you look at it, including that one word means that competitors CAN harm your rankings.

And then on March 14th 2012, the guidelines changed again . . .
Google works hard to prevent other webmasters from being able to harm your ranking or have your site removed from our index. If you’re concerned about another site linking

Yes! Check out this out >>>  http://trafficplanet.com/topic/2372-successful-negative-seo-case-study/

I encourage you to read what this guy has done to some poor guys business. It will SHOCK you – he even reveals the URL of the website he targeted. He also mentioned that Small to Medium sized businesses are a easy target: ‘”if you want to target a small businesses its can be done in as little as a month..’

Negative SEO is real, and its happening right now.

But, surely, Google would be able to tell the difference between these tactics and authentic content. It also may be hard to believe that online business owners would stoop to such tactics.  Well, think again!

Anyone and everyone now knows about the infamous Google Penguin update on April 24th 2012. The intent of this update is to punish spammers and those who count on fake link campaigns to drive traffic. Many are concerned that the update will pave the way for increased negative SEO threats, since Google is targeting the exact behaviors used in that type of campaign.

Prior to the Penguin update, the search engine issued warnings against activities like artificial link building. Although some SEO experts have stated that the panic over negative SEO threats is unfounded, some sites were removed or dropped in the listing due to many techniques being utilized.

Protecting Yourself against Negative SEO

Firstly let me start by saying that if you have any doubts on your website, be sure to refer to Google’s very own guide on how to build a high-quality website. They set the rules, you should follow them. But there are many other ways you can protect yourself. .

The good news is that you definitely have some defense options. The bad news is that they require a bit of research, work and maintenance. Do not feel bad, though. After all, it took Harry Potter seven years of practice to slay the Dark Lord. It will not take nearly that long to learn how to protect yourself from negative SEO!

You cannot protect yourself against something if you do not know it exists. The first step in creating a negative SEO defense is to understand some of the most common negative SEO strategies. The great thing about learning these strategies is that you not only understand how to create a defense, you also garner key tips for what not to do on your own site. After all, the only thing worse that being taken down by the enemy is sinking your own ship with a bit of friendly fire.   Keep reading my blog to learn more ….. (to be continued)